The Malvinas (Falkland, UK) Islands have been in British hands since 1833. Although the Malvinas were rarely an issue of public discussion, and were in active discussion about the islands from 1965. The Argentinean forces tried to recover the islands on April 2nd, 1982. The British task force arrived in May and was liberated by British forces on 14 June, 1982. By the end of the Malvinas' War 746 soldiers from and 255 British soldiers had been killed. Altogether over 2000 soldiers were wounded (Lorenz, 2009). Despite the fact that the Malvinas' War was a relatively short conflict (less then 11 weeks), it had extremely important consequences for Argentina and the United Kingdom: in Argentina the defeat was the main cause of the end of the most tragic military dictatorship in the country’s history (Lorenz, 2009; Robben, 2006); on the other hand, in the United Kingdom the victory played a central role by reinforcing Margaret Thatcher’s political power and popularity in a context of increasing unemployment. The Conservative Party’s success in the 1983 election in the has become a standard example of the influence of a successful war on public’s support for a government (Ranney, 1985). 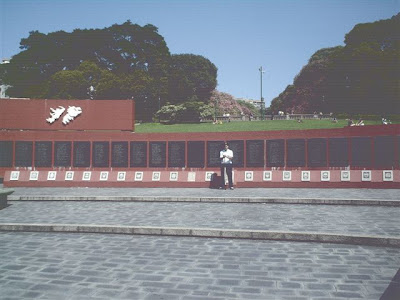