Memento: a case of extended memory?

Current debates on Philosophy of Mind or so called Philosophical Psychology (Carruthers, 1996), are based on a relatively new hypothesis that came strongly to light by 1998 as a result of Andy Clark and David Charlmers` paper “The Extended Mind”. The extended mind or distributed cognition hypothesis claims that while some mental states and some experiences can be defined internally, there are many others in which the meaning attribution processes are highly influenced by external factors (Clark & Chalmers, 1998). That is, some environmental elements can exert a crucial influence in guiding cognitive processes (, 2006). According to the extended mind hypothesis, cognition depends on multiple connections between the brain, the body and the world, both the physical and the social world. Therefore, in some circumstances, things can have a cognitive life (Sutton, 2006a, 2006b, 2009a). 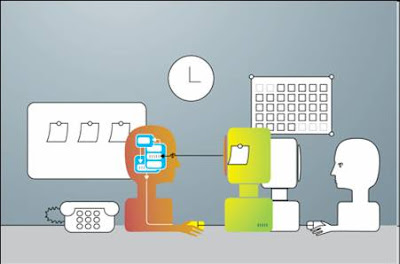 The extended mind or distributed cognition hypothesis (Clark & Chalmers, 1998) came to displace the mind/body Cartesian dualism by fuelling debates between externalists (e.g. Clark & Chalmers) and internalists in Philosophy of Mind. Jerry Fodor (1983, 2009), an overtly internalist, argues for an architectural and modular approach to the human mind. Fodor (1983) claims that the mind has two parts: input systems and cognition or central systems. The input systems are a series of discreet modules with dedicated architecture that govern sight, hearing, touch, etc. Language is also regarded as an input system. However the cognitive or central system has no architecture at all – this is where “thought”, “imagination” and “problem solving” happen and “intelligence” resides. Each input system is based on independent brain processes and they are quite different from each other, reflecting their different purposes. These systems are localized in specific areas of the brain. The input systems are mandatory: if, for example, somebody sits behind you on the bus and spends the entire journey gasbagging away on their mobile, you cannot switch off the hearing module. However this has the advantage of saving time that would otherwise be spent on decision-making. Fodor believes that the input systems are “encapsulated”, which means that they do not have direct access to the information being acquired by other input systems. In short, what one is experiencing at a given time in one sensory modality is not experienced in any of the others.
In terms of debates about memory, these debates within the Philosophy of Mind are reflected in the way philosophers understand issues such as the malleability of memory, processes of collaborative remembering within small groups, etc. Processes of remembering, considered as situated and goal-oriented action, unfold in real interactions with the immediate environment, cultural tools and other persons. They usually depend on emotional states shaped by mood, motivation, perceived environmental circumstances in terms of cultural models, and so on. Now the question is, how can internalists explain the complexity of the ever changing situated reconstructions of memories in real-world settings? No doubt, they cannot for the simple reason that in an individual internal (mind/brain) and external (body and world) resources create extended memory systems which imply much more than the active involvement of a central processor that matches information from different perceptual systems (vision, smell and language comprehension autonomous modules) stored in memory. For internalists, such as Fodor, the external memory resources (body and world) would need a direct wiring to the neural systems in order to be considered as part of an individual’s memory (Clark, 2009).
Let me give you an example -from Hollywood- in order to better explain how the extended mind/distributed cognition hypothesis is helpful to understand processes of remembering not only within small groups but also at individual levels. The example is a brief analysis of Christopher Nolan’s film Memento (2000). 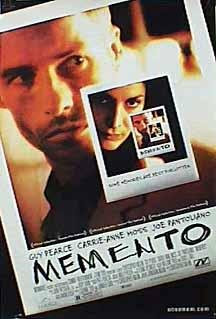 Christopher Nolan’s film Memento (2000) is the story about Leonard, an insurance investigator who suffers from anterograde amnesia, which means he cannot create new memories following a head injury he sustained after intervening on his wife’s murder. Leonard is desperately seeking revenge for this wife’s murder, but due to his memory impairment, this task becomes quite complicated. However, Leonard designs a cognitive system based on tattooing notes on himself and taking pictures of things with a Polaroid camera. This system plays a central role in the story. It works as an embodied GPS driving Leonard’s behavior towards the achievement of his ultimate goal: revenge for his wife’s murder. Leonard’s attempts to create an extended cognitive system based on tattoos and photos, to counterweight his episodic memory impairment, is a striking example illustrating the complexity of memory (Sutton, 2009b). Leonard’s external memory system shows us why memory is much more of and integrative ability, but one that is also entangled and twisted, than the picture given by the architectural approach. Leonard’s case undermines the rationalist distinction between the mind and the body because the mind or the brain is in the body, but the body also inhabits the mind.

To conclude, it is important to point out that my autobiographical memories of having watched Memento (2000) would have probably been left in the darkness of the forgetful brain, if I had not had the opportunity to undertake this writing project. In other words, remembering is situated, goal-oriented and, as expected, due to the influence exerted by the previous two features, usually a cognitive process caused by the interplay of our brains, bodies, and the immediate environment. That is why memory and remembering needs to be thought as a cognitive activity distributed not only between individuals and cultural tools (me and my laptop), but also across individuals and a multiplicity of artifacts with which we continually interact in our everyday lives.