The Rise of Right-Wing Extremism: The Politics of Memory in Europe and Beyond

The Rise of Rightwing Extremism: The Politics of Memory in and Beyond

Much research in the Social Sciences provides ample evidence for the current rise of rightwing extremism and rightwing populism in most European Union member states. On the one hand, neo-Nazi movements are to be observed; on the other, these times also witness the spread of more electorally viable, and therefore perhaps more virulent, forces of so-called Haiderization, which tries to disguise the face of extremism under a mask of populist respectability. The elections for the European Parliament (June 2009) illustrate this claim well: the shift to the far right across almost all EU member states can be explained only very partially through global social and economic developments. The specificities have to be related to the histories and collective experiences in each member state.

In Britain, for example, the British National Party (BNP) attracted 943,598 votes (6.2% of the total), and achieved a sufficient percentage in two constituencies to elect two people as MEPs - the party leader and convicted Holocaust denier Nick Griffin for North West England (132,094; 8.0%), and veteran fascist and ex-member of the National Socialist Movement Andrew Brons for Yorkshire and the Humber (120,139; 9.8%). The election of Brons, in particular, indexes an unbroken ideological continuity between the contemporary BNP and open Nazism and Hitler-worship in the 1960s. In Austria, the extreme right-wing populist party, FPÖ (the Austrian Freedom Party), attracted 12.7% and thus doubled their votes and MEPs (currently standing at two, one of them being Andreas Mölzer, the editor of the extreme right-wing newspaper Zur Zeit); the BZÖ (the second extreme right wing party in ) achieved 4.6% and thus failed the 5% benchmark. In Hungary, the openly anti-Semitic and anti-Roma party Jobbik, which employs a paramilitary organisation dressed in black with emblems resembling the Nazi Swastika, attracted 14.77%; their salient slogan is 'Hungary First', echoing slogans like 'Germany First' ['Deutschland Zuerst'] or 'Austria First' ['Österreich Zuerst'], all of which connote beliefs and ideologies about who is to be considered as a 'real Austrian, German or Hungarian', and who is not, based on traditional, latent and sometimes manifest, nativist and racist views. 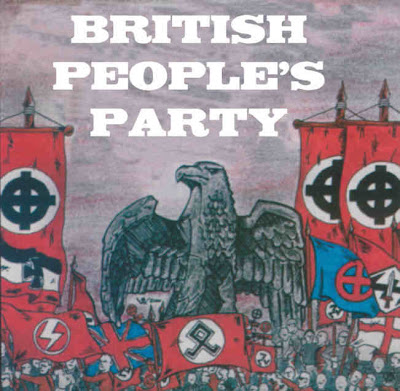 Current socio-political developments are therefore influenced by conflicts among the many versions of the national past to which different social groups and political movements subscribe, and these developments frequently are only to be understood in their entirety if the range of competing narratives is taken into account - something Reinhart Koselleck has so rightly pointed to in his seminal book 'Vergangene Zukunft'[Futures Past]: present and future are always influenced by the immediate past; indeed there is no present or future without taking the past into consideration (Koselleck 1972, 1985).

Memories of the Holocaust have served as a moral and intellectual touchtone at the very centre of the study of memory as a social phenomenon. The genocide against 's Jews, while demanding to be understood in its specificity and uniqueness, has also become a paradigm of a historical experience that must not be forgotten. Yet if the memory of the Holocaust has carried such weight in the official discourses of international institutions, in the legal codes of various states, and in the consciences of liberals and democrats, how are we to understand the resurgence of right-wing extremism in relation to the memory/ies of the past? Casual references to the concepts of repression or denial that model socio-political processes on the structure of the human psyche will not account for the relevant phenomena: how do narratives of denial achieve their purchase on the minds of human subjects?

To theorize the extreme right's version of the past as an exercise of repression and denial is, in any event, to remain snared in something like Foucault's "repressive hypothesis". Right-wing extremists' relationship to the past cannot be thought about as mere avoidance, neglect or negationism; instead, this workshop will also attempt to understand the uses to which the far right puts the past as a 'positive and politically generative' force: What narratives of the past set the course for the current vectors of right-wing extremism? What mythic pasts do they venerate and wish others to mourn? Which remembered injuries do they wish to salve? What forms of nostalgia do they wish to stimulate and exploit for present ends? The seeming lack of collective memory when it comes to even recent authoritarian and illiberal political pasts demonstrates a continuing need for historic contextualisation of discourse and for the rigorous analysis of the modalities through which processes of denial and confabulation advance the goals of political movements and colonize the minds of human subjects.

The interdisciplinary workshop, organized by the Research Cluster Dynamics of Memory and the Research Group Language, Ideology, and Power, , will take place March 11, 2010. Specific historical developments will be discussed which impinge on current rightwing extremist ideologies and policies across European member states. Local activists and NGOs will report some of their experiences in counteracting the rise of rightwing extremism. Throughout, the effort will be to understand these political developments as phenomena related to memory: the dynamic interaction of denial and creation in right-wing extremists' mobilization of the past.

Professor Rydgren holds a Chair in Sociology at . He is a specialist on rightwing movements and is currently sponsored by the Swedish Reserch Council for his work on Radical Right-wing Populism in .

Professor Ridgren will talk about memory and the rise of the extreme right across today (title to be confirmed).

Who can attend: Anyone

Source: Dynamics of Memories: Re-membering in the Plural