Memorials are tangible records of human endeavour which serve to remind us of an event, activity or principle. These cultural artefacts are intentionally created to generate meaning of the past according to the political interests of the former and current governments in Argentina. Collective memories are usually results of disputes, conflicts and struggles. This involves the need to focus attention on the active and productive role of participants in these stuggles. 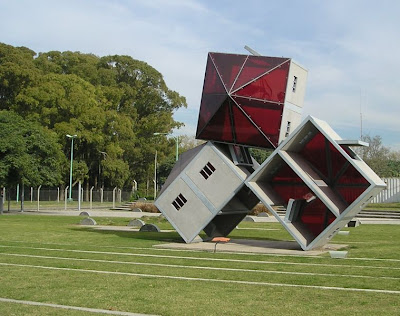 The commemoration of the last dictatorship in Argentina plays a central role in the dynamic processes which build collective memories. For instance, through memorials the government not only shapes our view of the past but directs our collective views of a shared future. In other words, institutions such as national and local governments control the distribution of means and thus play an important part in facilitating remembrance. 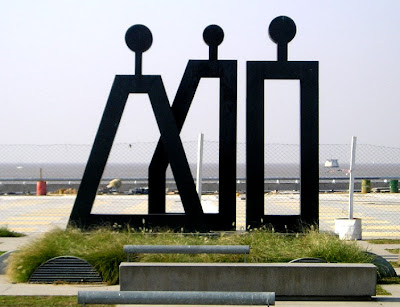 Individual memory of a shared traumatic pasts emerges due to the that the individual mind extends itself into shared public culture. In other words, individuals memories of the last dictatorship in Argentina result from the people's interactions with external resources, such as memorials and with other people. The cognitive life of our memories is determined, in some sense, by the physical, cultural and social contexts in which we are situated (Barnier, Sutton, Harris & Wilson, 2007; Sutton, 2003, 2006; Wilson, 2005). 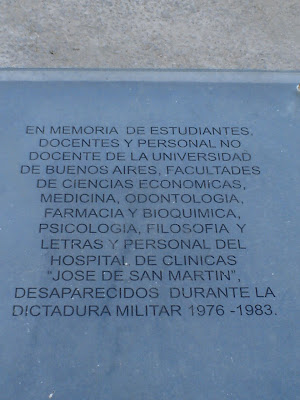 External factors such as memorials can exemplify processes of meaning attribution. For instance, an official monument which not only remembers the disappearance of university professors and students, but also recognises the active role that they played during the dictatorship could be thought of as a significant cultural tool designed to mediate our memories. This intentional selective mediation would definitely make a strong influence on our beliefs. They could shape our opinions not merely about the security forces due to their fundamental role in the genocide, but also about the media and passive bystander, so to speak, who, allowed that all this to happen.
Posted by Lucas Bietti at 06:08