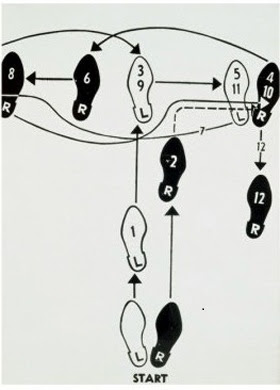 Despite the fact that autobiographical remembering often occurs in social groups (e.g. partners, friends, family members) and it is one of the most common ways to create, maintain and negotiate human relationships, it is important to acknowledge that it is sometimes an activity that individuals perform in private, in which case occurs at an intra-individual level (Sutton, 2008: 40).


However, even at an intra-individual level autobiographical remembering seems to be driven by embodied cognitive mechanisms.  Several studies on autobiographical memory and embodied cognition (Glenberg, 1997; Rubin, 2006) have claimed that individual representations of past experiences are formed by the interplay of multimodal components merging the coordination of kinesthetic, visual, auditory, haptic, spatial, affective and linguistic memory traces. Thus, the reconstruction of a memory ‘involves simulating its multimodal components together’ (Barsalou, 2008: 623). These claims are completely in accordance with the fact that the personal experiences on which these autobiographical memories are based are always situated in spatiotemporally localized events embedded in social and material environments in which mechanisms of sensory processing and motor control play a central role. Dijkstra, Kaschak and Zwaan (2007) have found empirical evidence regarding the ways in which the position of the body influences the recall of autobiographical memories. They argue that autobiographical memories ‘seem easier to access if the body position is similar to the one in the original experience’ (Dijkstra, Kaschak & Zwaan, 2007: 146), that is, there would be a clear congruency effect facilitating the reconstruction of autobiographical memories.
These findings suggest that the body posture in which the experience was acquired is contained in the multimodal memory trace of the experience that is stored in the brain. Thus, it provides clear evidence concerning the multidimensional nature of memory traces. This has led the authors to claim that there would be fewer requirements for processing resources when there is a compatibility of conditions of embodiment and autobiographical memory-related cognitive tasks.  In another related study, Casasanto and Dijkstra (2010) have shown that motor actions also play an important role in remembering emotional experiences. Their investigation indicates that the participants of their study remember more positive autobiographical memories as the result of moving marbles upwards compared to what occurs when they move them downwards. Their analysis shows that as the participants move the marbles downwards they begin to remember more negative experiences (Casasanto & Dijkstra, 2010: 182).