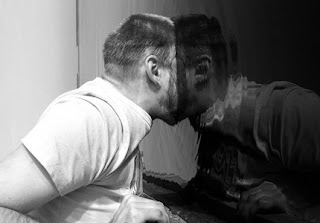 § Robert Briscoe (Ohio) "On the Uses of Make-Perceive"

§ Steven James (Texas at Austin) "Differentiating by Differences in Knowledge"

§ Richard King (Glasgow) "Aristotle on Distinguishing Between Phantasia and Memory"

To attend the conference please register before 25th August by sending an e-mail to Umut Baysan, to whom enquiries can also be made (e.baysan.1@research.gla.ac.uk). The conference will run from the morning of 6th September to lunch time on 9th September. Please indicate which of the following you are registering for:

§ Registration fee for individual days of the conference - includes tea and coffee but no meals- faculty rate - £50 per day, except for the final half day, which is £25

§ Registration fee for individual days of the conference - includes tea and coffee but no meals - graduate student rate - £20 per day, except for the final half day, which is £10

Please specifiy if you require a speciai diet.

Fees are payable on arrival by cash or by cheque payable to the "University of Glasgow".

In planning your trip to Glasgow you may find our list of accommodation near the University helpful, but there are also many hotels in the city centre that are reasonably convenient.

Maps and travel details can be found here. Venue is the Glasgow University Union which is marked as "E8" on the campus map and is at 32 University Avenue, Glasgow G12 8LX and found here on Google maps.

One important fact about our mental lives is that sensory experience comes in three central variants: perception, imagination, and memory. For instance, we may not only see the visible appearance of a person or a building, but also recall and imagine it in a visual manner. The three types of experience share certain important features which are intimately linked to their common sensory character, and many of which distinguish them from thought. Among these features are their apparent presentation of external objects or events (rather than of propositions about them), their perspectivalness or presenting the world from a certain point of view, and their their connection to one of the sense modalities such as by having some modality specific contents and phenomenal character.

But there are also important differences among the three types of sensory experiences. Most notably, there is a fundamental divide between perceptions, on the one hand, and recollections and imaginings, on the other. Perception is distinct from imagination and memory in that it presents objects with a certain sense of immediacy: when we see objects, they seem to be present directly before us in our environment; while the objects of our memory or imagination either don’t seem to exist now in front of us (although we may imagine objects in front of us) or are given to us as being located in the past or in some imagined world or in some location in this world other than that in front of us. Although there is a difference in kind between perceptual experiences, memories and imaginings this is often accompanied by certain differences in degree. Thus sensory episodes of imagining or remembering are typically less vivid and stable in their existence and nature than episodes of perceiving; while the latter appear to be less open to the influence of mental activity than the former. In addition, all three types of sensory experience play different motivational and justificatory roles; and these rational differences are at least to some extent phenomenologically salient. We are inclined and entitled to different beliefs in response to perceptions, memories and imaginings; and this is reflected by differences in what it is subjectively like to undergo these sensory experiences.

The nature of perception has always been one of the major topics in the philosophy of mind, while the opposite is true of perceptual memories and, even more so perceptual imaginings. In particular, not much attention has been paid to the similarities and differences between imagination and memory in their sensory forms, as well as to the fact that both are, from a phenomenal point of view, much closer to each other than to perception. The main aim of the conference is to remedy this situation and to get clearer about the nature of both perceptual imaginings and perceptual memories by comparing them with each other and with perceptions.

A central theme of the conference will be what makes it possible for imaginings and memories to possess the features distinctive of sensory experiences despite lacking perceptual immediacy. In relation to this issue, we will discuss the thought that imagined objects are, in some sense, external to the mind.

Another important topic will be whether perceptual imaginings and perceptual memories differ intrinsically, or just in their mental context – for instance, in how they originate in and depend on past perceptions. Our sensory imagination is not completely unconstrained. What we can visualise, say, is restricted to the visible and, arguably, to what we have seen in the past or can extrapolate from our past perceptions (c.f. Hume’s missing shade of blue). But some have thought that only our sensory recollections are inescapably particular in their presentation of objects. While we recall the appearances of specific objects which we perceived in the past by means of particular perceptions, imaginings – like depictions – allow for the presentation of generic objects and do not require any specific past acquaintance. This raises the question of how we can imagine particular objects, or to which extent particular and generic imaginings involve some form of particular or generic sensory memory. It may be helpful in this context to compare the imagination with the phenomenon of depiction.

The conference will also deal with the issue of whether there could be any other forms of sensory experience besides imaginings or memory (e.g., sensory experiences of the future); and if not, why not. Finally, we also hope to investigate interactions between memory and imaginings and perception, that may yield experiences that are amalgams of two of these experiences and which may help to explain central features of experience such as those features said to be phenomenally present as absent and effects like cognitive penetration.