The neuropsychologist Merlin Donald asserts that the enhancement of the human biological memory is guided by what he calls the ‘exographic revolution’ in the human cultural and cognitive evolution. He departs from a distinction between ‘engrams’ (Odgen and Richards 1956) and ‘exograms’ (Donald 1991) in order to explain how the storage capacity of biological memory systems became enhanced throughout human cultural evolution. ‘Engrams’ are mental impressions caused by memory traces in the human mind, which are the residual trace of an adaptation made by the organism in response to a stimulus (Odgen and Richards 1956: 53), while ‘exograms’ are defined as external symbolic devices linked to the present context of remembering that allow us to extend and enhance our bio-memory systems.
Donald argues that ‘exograms’ enable human beings to manipulate complex representations by significantly augmenting the working memory capacity. In this way, non-biological memory storage (e.g., electronic media) together with the biomemory systems create the conditions for the emergence of distributed hybrid networks formed by the interwoven neural capacities and external memory devices.
Donald maintains that due to brain plasticity, the interanimation of ‘exograms’ and ‘engrams’ leads to a continuous re-formatting of distributed hybrid memory networks that triggers the updating and re-wiring of the neural apparatus. In his view, this successive series of re-wirings may have underpinned the emergence of literacy practices in human societies. Although Donald underlines the key role that the material culture has had in enhancing human bio-memory systems, he affirms that the central nervous system is still the “creative driver” (Donald 2010: 76), and thus places the brain at the center of the embodied-extended cognitive engine. 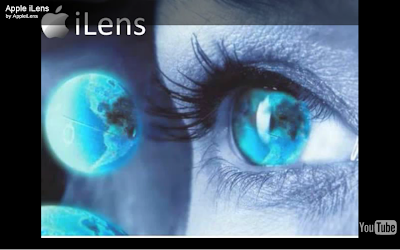 The iLens would allow for photographic memory, night vision,
binoculars and augmented reality with a heads up display.

References:
Donald, M. (1991). The Origins of the Modern Human Mind. Cambridge, MA: Cambridge University Press.
Donald, M. (2010). The Exographic Revolution: Neuropsychological Sequelae. In Malafouris L. & Renfrew C. (eds) The Cognitive Life of Things: Recasting the boundaries of the mind. Cambridge, UK: McDonald Institute Monographs, pp.71-79.
Ogden, C. K. & Richards, I. A. (1956). The Meaning of Meaning: A Study of the Influence of Language upon Thought and of the Science of Symbolism. New York: Harcourt, Brace.
Posted by Lucas Bietti at 14:10

Memory is pretty much related to your senses, and definitely you can use your senses to help you retain all information.