Where: Royal Society of Edinburgh 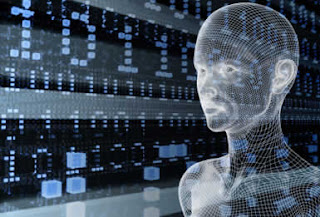 The aim of this event is to foster a dialogue between researchers in feminist philosophy working on debates around the body, and researchers in philosophy of cognitive science with interests in embodied cognition and the extended mind. Many theorists of embodiment now think of mind and cognition as being continuous with life, in some theoretically significant way. Thus, contributions from those working in relevant areas of philosophy of biology will also form a natural part of this dialogue.

Recent research across these different fields often shares a central concern: to challenge dualistic modes of thinking inherited from a broadly Cartesian paradigm, and to find alternative frameworks which no longer position mind and body, or nature and culture, as fundamentally distinct or opposed. In keeping with this, many of those working in both feminist philosophy and recent philosophy of the cognitive and biological sciences have been engaged in challenging the divide between material and biological processes on the one hand, and cultural constructivism and representation on the other. Instead of remaining within a clear-cut nature/nurture divide, thinkers in both fields seek to re-think matter, body and environment as playing an active and generative role in the formation of knowledge, memory and identities.

Despite these productive resonances, thinkers in these different fields do not often have opportunities to engage directly with one another: the aim of this conference is to create an occasion for such engagement, and to foster productive conversations between researchers in feminist philosophy and the philosophy of the cognitive and biological sciences, so as to enhance the resources and reference points available to each of these groups.

We are seeking papers of 20-25 minutes (not including discussion time) which will contribute to this dialogue. Papers may adopt an approach from either feminist philosophy, or the philosophy of the cognitive or biological sciences (or related areas), and need not directly combine these different fields (though we welcome contributions which do so).

Possible topics include but are not restricted to the following:

Proposals of c.500 words should be emailed to Rachel Jones (r.e.jones@dundee.ac.uk) by Friday 4th March 2011.

This conference is the first of three events being organised as part of an RSE funded Network in the Arts and Humanities hosted by the Philosophy Programme at the University of Dundee. The aim of the Network is to engender dialogue between feminist philosophers and other key areas of contemporary philosophical debate. Subsequent events will focus on issues of gender and sexed embodiment in the contemporary visual arts as well as on the productive links between feminist philosophy and philosophy of education. For further information, or to be added to the Network mailing list, please contact the Network organiser, Dr Rachel Jones: r.e.jones@dundee.ac.uk