Some approaches in social psychology (Pennebaker, Rimé & Páez, 1997; Pennebaker, Páez & Deschamps, 2006; Páez, Bellelli & Rimé, 2009) sustain the view that collective forms of memory are able to be found in individual memories. These approaches investigate how social frameworks of remembrance (Halbwachs, 1992) determine people’s psychological and social revisiting of historical events that represent significant long-term changes to their lives (e.g. genocide, civil war, natural disasters. Pennebaker, Rimé and Páez (1997) agree with Halbwachs (1992) and Werstch (2002) that formation, maintenance and reproduction of collective memories depend on identity projects of communities and social groups. These social psychologists argue that ‘the cross-generational oral transmission of collective events is an adequate definition of what Halbwachs considered collective memory’ (Páez, Basabe & González: 1997: 169). Thus, considering the central role that the use of language plays by reflecting social and psychological states, the communication of the details of public events influences how they are organized in memory and remembered in the future. These collective memories operate to provide group cohesion by being persistent for years or even generation. 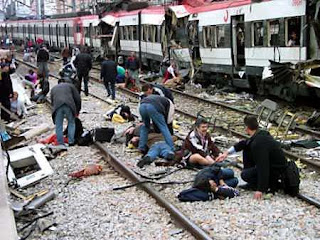 Several studies from this approach (Páez, Basabe, González, 1997; Pennebaker, Páez & Deschamps, 2006) show data from different regions of the world (Europe, Latin America and Japan) about social psychological processes involved in the formation, consolidation and transformation of collective memories in relation to traumatic events in large samples of population. The large samples of cases surveyed (more than 1,300 subjects were part of the study presented in Pennebaker, Páez & Deschamps, 2006) indicate that interests, worldviews and subjective experiences embedded in a specific culture and historical time shape the formation, consolidation, change and oblivion of collective memories. Moreover, the construction of collective memories is determined by closeness to the present and self-relevance. In other words, people tend to consider more relevant historical events, which to some extent can be temporally and physically connected to personal experiences. However, a large proportion of the data collected in these studies comes from self-reports and questionnaires to college students which are far from showing how collective memory works in real-world activities.