Neuroscientists (Logothetis, 2008) and critical psychologists (Danziger, 2008; Harré, 2002) have claimed that it is a mistake to believe that neuroimaging techniques can provide a fuller picture of what is going on in people’s heads when doing a specific task. Danziger (2008) maintains that new techniques tend to be overestimated initially, and recognition of their more problematic aspects comes only gradually and meets resistance (2008: 235). Logothesis (2008) has indicated that nueroimaging techniques do not provide a “window into the brain” as they are often described as doing. Logothesis claims: 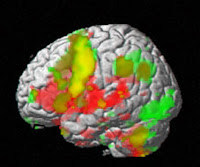 “The limitations of fMRI are not related to physics or poor engineering, and are unlikely to be resolved by increasing the sophistication and power of the scanners; they are instead due to the circuitry and functional organization of the brain, as well as the inappropriate experimental protocols that ignore this organization. The fMRI signal cannot easily differentiate between function-specific processing and neuromodulation, between bottom-up and top-down signals, and it may potentially confuse excitation and inhibition. The magnitude of the fMRI signal cannot be quantified to reflect accurately differences between brain regions or within tasks within the same regions”. (Logothetis, 2008: 876-7)

This overestimation of neuroimaging techniques is closely related to what is claimed to be the ‘neuro-revolution in our world’ (Lynch, 2009). Fortunately, new research projects on critical neuroscience (Choudhury, Nagel & Slaby, 2009; Choudhury & Kirmayer, 2009) have emerged with the aim of measuring the scope of the so called ‘neuro-revolution’, which today presents itself as the provider of the ultimate truth in every area of the life-world (e.g. neuro-theology, neuro-anthropology, neuro-philosophy, neuro-ethics, neuro-economics, neuro-aesthetics, etc.).

Neuroscientists are working at a time of unprecedented politicization through the commercialization of research (Choudhury, Nagel & Slaby, 2009; Wise, 2006). This is also reflected in current memory research. Microsoft has been financially supporting research groups and projects in the US and the UK in order to investigate the potential uses of SenseCam, which is a wearable digital camera that is designed to take photographs passively, i.e. without action on the part of the user, while it is being worn. No doubt, the most controversial research projects on memory research are those related to pronanolol, widely known as ‘the pill to forget’ (Kindt, Soeter & Vervliet, 2009), which in last few years have been largely funded by the US military.