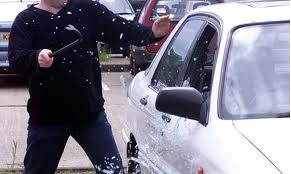 The question of whether one has done something wrong is transformed into a question of whether someone has been directly harmed by his/her acts. An everyday realization of this disengagement locus is the car thief who argues that there will be no harm done on the grounds that the owner of the stolen car will be able to obtain a new vehicle because his car is ensured. Bandura (1999) claims that if people are not confronted with the suffering of their victims, their willingness to commit immoral acts will increase.