Bernsten and Bohn (2009) argue that “the content of our life stories is constrained by cultural norms that influence what people think of as important and as less important from the perspective of telling a life story” (62). These cultural norms determining cultural shared expectations about the order and timing of an event in a prototypical life course are called life scripts. The concept of life scripts is based on the more general notion of “script” developed by cognitive psychologists in the late 70’s. Scripts present some resemblances to the concept of schema introduced by Bartlett in 1932. In a few words, scripts constitute a huge and complex system of knowledge and ideologies (and sometimes emotional rules) about the world. Scripts are cognitive networks, which contain the concepts’ attributes and the links between those attributes. They function by organizing prior knowledge ideologies and emotional rules to aid the understanding and categorization of new information. Hence, they influence what we see and remember and how we interpret and construct reality. Life scripts are scripts about the life-course. 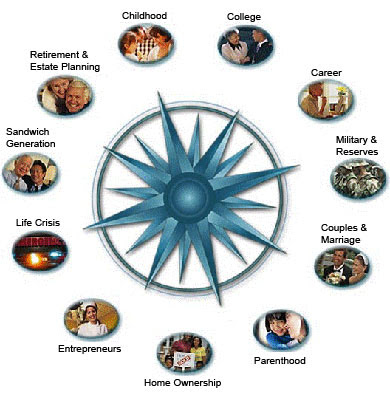 In the words of these authors, “a life script is a mental representation of culturally expected life events and their age norms” (Bernten and Bohn, 2009: 64). Moreover, they depict an idealized life story, which is transmitted from older generations, from master narratives, and from observations of behaviour of other people within the same community and culture. Bernsten and Bohn highlight that life scripts are part of culturally shared knowledge and, therefore, help to structure a life story, but the two are not the same. Life stories about an individual’s life course are in contrast to life scripts, which are schemata for culturally expected transitional events and their timing in the average life course (i.e. getting married and then having a child). Bernsten and Bohn explain that if a transitional event occurs on time (i.e. being a parent after getting married), they are considered positive according to cultural and societal norms. Cultural life script is a powerful concept that can be applied to future cross-cultural research. My concern is that it could be used to create overgeneralizations by oversimplifying cultural differences. Therefore, it may also be employed to explore the ways in which particular societies resist or re-contextualize imported (and often dominant) cultural scripts accordingly to their own socio-cultural dynamics.

Very interesting... but I would like to find out more about those concerns you mention at the end of your post. Why do you think that generalizations such as the ones you mention are oversimplifying cultural differences ?
Isn't it true that the generalizations you talk about occur inside the cultures and therefore if the society is multicultural, it will have various models/generalizations, according to each culture's traditions ?
Do you agree that in modern societies people find it easier to resist traditions/follow the scripts "written" for them without feeling any kind of disapproval from anyone ? Or is this script written for us and we will somehow follow it anyway?