What people believe about memory

A team of researchers from the Centre for Advanced Study at the of Science and Letters investigated what people believe about memory. The study was conducted in two parts and included 2000 participants from

a) Physical exercise makes the body stronger. Do you think it is possible to train memory in an analogous fashion?

b) Most people are exposed to large amounts of new information each day. Do you think there is a limit to the amount of information the brain is able to store?

c) Many people report vivid memory for smells. Do you think that sensations of smell are remembered better, as well as, or worse than visual and auditory impressions?

d) When small children recount events they have experienced, do you think they remember better, as well as, or worse than adults?

f) Many people talk about memories from their early childhood years. How far back in time do you believe people can remember?

g) Do you think your own memory has become better or worse during the last five years, or is it unchanged?

h) It is generally believed that memory gets worse with age. When do you think the decline starts?

i) Do you think your memory is better, as good as, or worse than most people of your own age?

j) We sometimes remember incorrectly. How good are you at judging the reliability of your own memory?

k) Sometimes people become witnesses to dramatic events. Do you think the memory for such events is worse, as good as, or better compared with the memory for everyday events?

l) Sometimes people who have experienced frightening and dramatic events claim to have no memory for the event. Do you think they actually do not remember, or do you think they choose not to talk about it?

m) Sometimes people who have committed murder claim to have no memory for the crime. Do you think such memories can be repressed and that the perpetrators are telling the truth, or do you think they are lying? 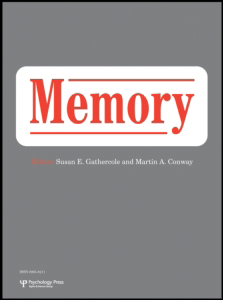 What people believe about memory

Two representative samples of adult Norwegians (n = 2000) were asked a set of general and specific questions regarding their beliefs and opinions about human memory. The results indicate that on many questions, such as time of the earliest memories, inhibiting effects of collaboration, and memory for dramatic versus ordinary events, the views of the general public concurred with current research findings, and people in general had realistic views about their own memory performance. On other questions, such as the reliability of olfactory as compared with visual and auditory memory, the memory of small children in comparison with that of adults, the likelihood of repression of adult traumatic memories, and on more general questions such as the possibility of training memory and the capacity limitations of long-term memory, a large proportion of the participants expressed views that are less supported by scientific evidence. Implications of these findings are briefly discussed.